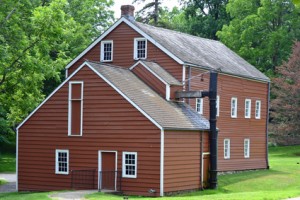 We offer car service Morristown NJ, particularly for airport transfers. This quaint town in Morris County, New Jersey, United States has been called “the military capital of the American Revolution” because of its strategic role in the war for independence from Great Britain. In addition to car service for airport transfers, our drivers are always happy to discuss this town’s great history!

Prior to exploration by Europeans this town was inhabited by the Lenni Lenape Native Americans for up to 6,000 years. The first European settlements in this portion of New Jersey were established by the Swedes and Dutch in the early 17th century, when a significant trade in furs existed between the natives and the Europeans at temporary posts. It became part of the Dutch colony of New Netherland originally. However, the English seized control of the region in 1664, which was granted to Sir George Carteret and John Berkeley, 1st Baron Berkeley of Stratton, as the Province of New Jersey. According to British colonial records, the first permanent European settlement at Morristown occurred in 1715, when a village was founded as New Hanover by people from New York and Connecticut.