Plainsboro car service to New York, and all parts of New Jersey:

Plainsboro Township has a population of more than 23,000, and is located between Cranbury, New Jersey and US Highway 1. Its closest limited access road is the New Jersey Turnpike. Plainsboro was incorporated in 1919 from land that had been part of New Brunswick Township and land that had been part of Cranbury Township. Plainsboro Township was formed because of the inadequate school facilities in the area. A new school was built after the township was established. Today Plainsboro and West Windsor are part of a combined school district which includes 10 schools, two of which are high schools. 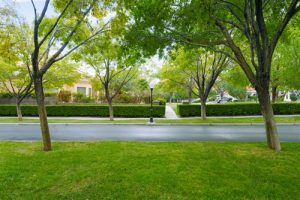 The Plainsboro Village Center is a recent addition to the town, adjacent to the historic village area. It’s downtown atmosphere contains many shopping and dining destinations, while preserving the Village’s historic character. It features a village green with a soothing fountain and walking paths in a park setting. Village Center is also home to a new Plainsboro Library, which opened in 2010. Plainsboro has been called a large suburban town that has held on to its rural past.

American City Express Car Service provides safe and dependable transportation to New York, Newark, and all destinations around New Jersey. When you need car service to any of the area’s airports, contact American City Express for a reservation, and expect the best service you’ve ever experienced.