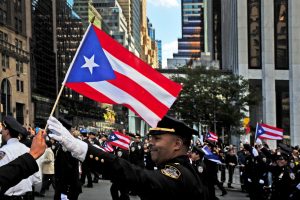 The annual Columbus day parade will be taking place in New York City on October 14 along 5th ave. while expected to have about 36000 people attending and lots more on tv will be viewing the parade from their homes. In the parade NYFD band, NYPD band and other bands will be participating. Expect to watch colorful floats. New York City Mayor DeBlasio is also expected to attend the parade. The colorful show starts at 1130 am in the morning and ends around 330pm. If you are driving to New York City, expect road closures along the parade route with parking prohibited along the path of the parade. The parade is the biggest celebration of the American-Italian culture in the United States. Mass will also be held before the parade at the St. Patrick’s Cathedral in New York, but you will need the tickets to attend the mass. After the parade, you may decide to visit Little Italy. Enjoy Authentic Italian restaurants. If you have a sweet tooth like I do and would like to visitNutella Cafe in New York City. You can have Crepes with Nutella, add your choice of fruits, strawberries, or bananas. You can even order Italian espresso at the cafe.

For all the coffee drinkers, there is a New York Festival going on in New York City today. You could buy your tickets and enjoy various roasts of coffee. This festival allows coffee drinkers to taste unique flavors of coffee, something very different from your everyday Dunkin Donuts and Starbucks brew.

If you are a Knicks fan like I am, maybe you want to watch them at the Madison Square Garden. Knicks are to play Atlanta on October 16. The tickets to this game can be purchased very cheaply, the reason you guessed it, Knicks are bad again this year. But real fans support their teams in good times and in bad times.

If you are not into sports, maybe you could make your way to watch a broadway show. Aladdin is playing all this week, except for Tuesday. Maybe after the Columbus day parade, you could make your way to view the 7 pm Aladdin show. The Lion King is playing this entire week, except for Monday, October 14. Chicago has appearance every evening, but Wednesday. The Book of Mormon is playing every day, but Monday, October 14.

If you are planning to visit New York City, here are your options.
Take a train into Penn Station.
If you are in Jersey City, you may take a path to downtown NYC.
Take a ferry from Atlantic Highlands New Jersey.
Drive into New York City, but remember the traffic is horrible, getting in and out of the CityCity. The tolls for Lincoln Tunnel is $16, and the average parking charge is about $18 for an hour.
Using American City Express as your transportation provider will be your best option. We have expert knowledge of New York City. We can take you to pick you up in style at your office or home. We will Navigate the best route into the City, and you will not have to park in New York City, paying exorbitant prices for the parking in New York. Choose the best, choose American City Express for your trip into the CityCity. If you are flying into Newark Airport, our Newark airport Limo can pick you up at the baggage claim with a name sign, and we will help you with the luggage and take you to your fun filled week in New York.