The Jonathan Singletary Dunham House was built about 1700 in Woodbridge Township in Middlesex County. Jonathan Dunham was an early American settler who also built the first gristmill in New Jersey. The Dunham house is the oldest building in Woodbridge Township. A two-story, four room home, the house was built with brick from Holland. This was brought to America as ballast in ships. The 213 acres of land the house is built on was granted to Jonathan Dunham by the then-new governor of New Jersey. Since Dunham’s allegiance was with the Continental Army, the house was also used by American soldiers during the American Revolution. 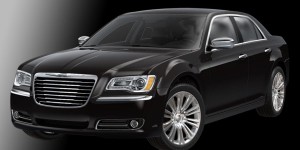 The gristmill, which was a tide mill, was located near the home along the Woodbridge River (then know as Papiack Creek). One of the original circular millstones used in the gristmill by Jonathan Dunham is on display in front of the house. A tide mill is one that is driven by the tidal rise and fall of the water. As the tide comes in it enters the mill pond through a one-way gate, which closes when the tide begins to go out. When the tide reaches a low enough level, the stored water is released to turn a water wheel.